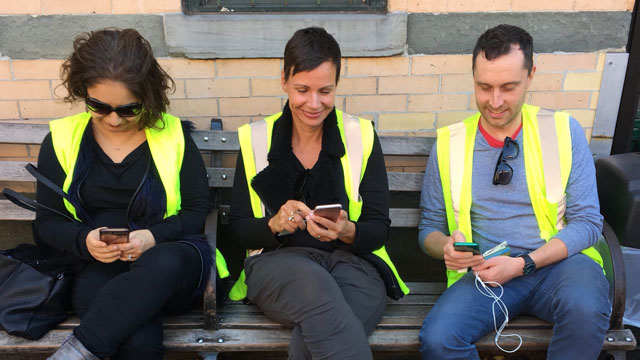 An app for the neighborhood

The Park Slope Food Coop has seven times the revenue per square foot of a Whole Foods. It's one of the largest worker cooperatives in the U.S.—a “sociological marvel” according to the New York Times. It's also my favorite store. So, when I was searching for a project to help me learn Swift, Apple's new programming language, I decided to make something for the co-op.

Several thousand co-op members now receive a daily push notification about new produce. Using the app, members can check prices, learn about local farms, and identify themselves at checkout. The app offers price graphs, recipes, and information on hundreds of fruits and vegetables. Co-op die-hards can even search archives of the store's newsletter, revisiting articles such as “Pumpkin Day, 1999” and “Diary of a Cheese Wiz.”

In addition to designing and developing the app, I promoted the project by securing articles in the local press, speaking at co-op meetings, and creating the ads below.